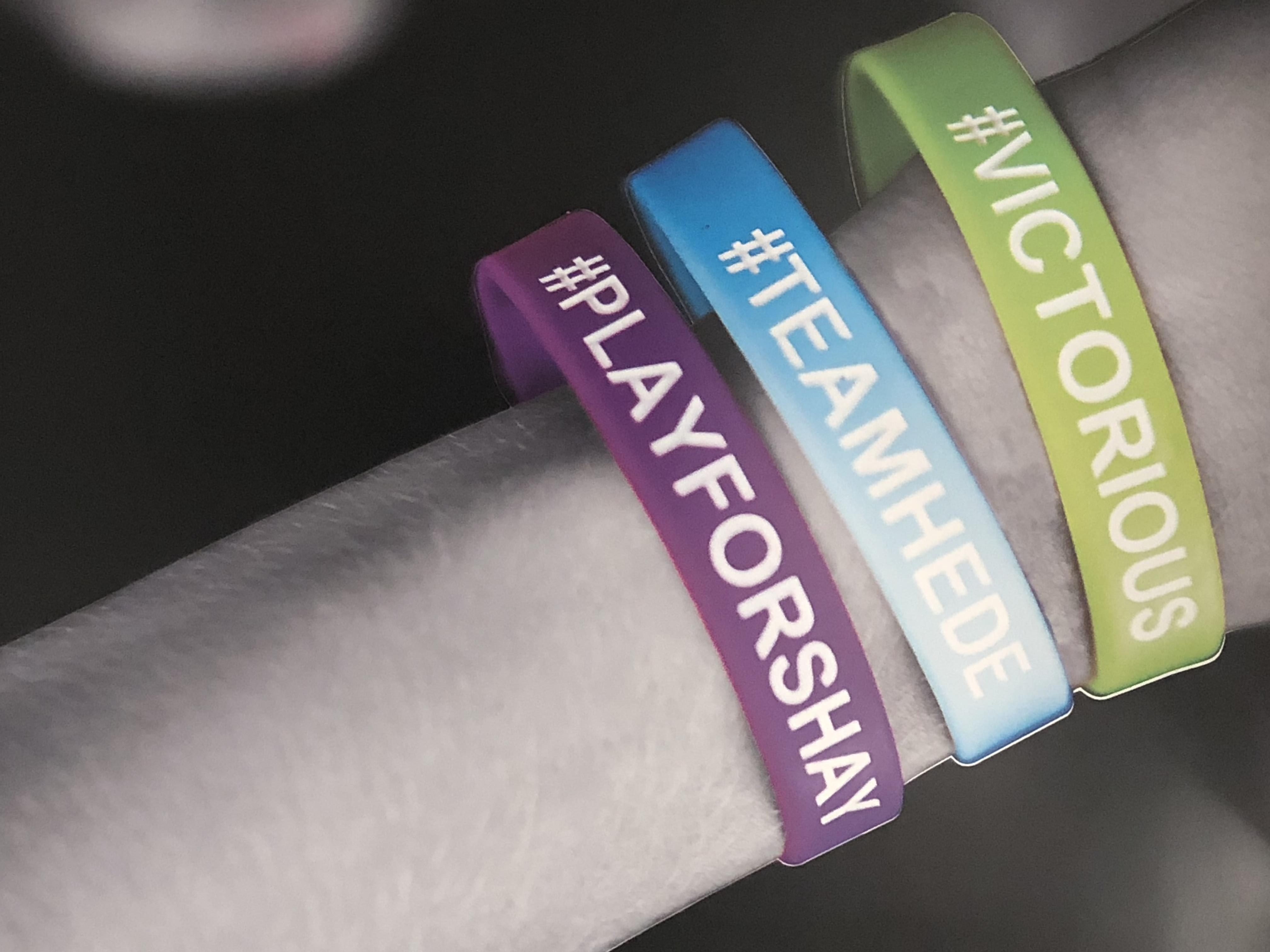 We are proud to present the Lauren Hede Determination Award

Lauren Hede played on the Lakota West Freshman Volleyball team in 2012. She was a competitor and rising star in our program. She was diagnosed with an inoperable brain tumor in June of 2013. She underwent extensive chemotherapy and radiation. In spite of her intense medical treatments, she thrived in school and played volleyball as a member of the JV team in 2013. She was a middle hitter, practicing AND playing in games while undergoing her treatments. She had an incredible work ethic in both school and volleyball. She was a wonderful teammate who was an inspiration to all around her. Lauren was a beautiful, bright, cheerful person. She passed away at the age of 16 on July 11, 2014. We are a part of #TEAMHEDE.

We present this award annually to a deserving member of each team. This year’s winners will be presented with a certificate and a Happy Thought Bubble in Lauren’s favorite color, blue, made by glass blowing artist, Megan Mathie, for this occasion.

We are proud to present the Shayna Smith Beautiful Light Award

Shayna Smith was a rising star in our program. She was new to the sport of volleyball but picked up on it quickly. Shayna had never touched a volleyball prior to her freshman year. Not only did she make the freshman team, but was starting by the end of the season. She was a gifted athlete, an extremely hard worker, intelligent, and was very determined. She had a smile that could light up the room. On June 24, 2015, we received the devastating news that Shayna Smith had passed away unexpectedly at the age of 15. Shayna is forever a Firebird, and we #PLAYFORSHAY.

We would like to welcome Shayna’s mom, Ty Smith.

This year’s winners will be presented with a certificate and a Happy Thought Bubble in Shayna’s favorite color, purple, made by glass blowing artist, Megan Mathie, for this occasion.

We are proud to present the Victoria Stoltz All In Award

Victoria played on the freshman team in 2013. In spite of suffering a brain hemorrhage in June, Victoria was diligent with her rehab and played on the JV team. At the end of the 2014 season, she was diagnosed with a brain tumor. She bravely battled cancer throughout her sophomore year and junior season on the varsity team.
Whatever Victoria did, she did full go, giving 110%. Whatever it was, she was “All In.” She loved to serve others: bringing her teammates ice cream sandwiches, making candy bags for the girls or meals at the homeless shelter, and her “Make A Wish” wish of rehabbing a house for transitional housing for homeless families. Her favorite two words were: Thank you.
Victoria passed away on December 19, 2015 at the age of 16. She was #VICTORIOUS.

We would like to welcome Victoria’s family, her dad, Tim, mom, Joan, brother, Andrei, sister, Alyssa, and brother, Brett.

This year’s winners will be presented with a certificate and a Happy Thought Bubble in Victoria’s favorite color, green, made by glass blowing artistic, Megan Mathie, for this occasion.