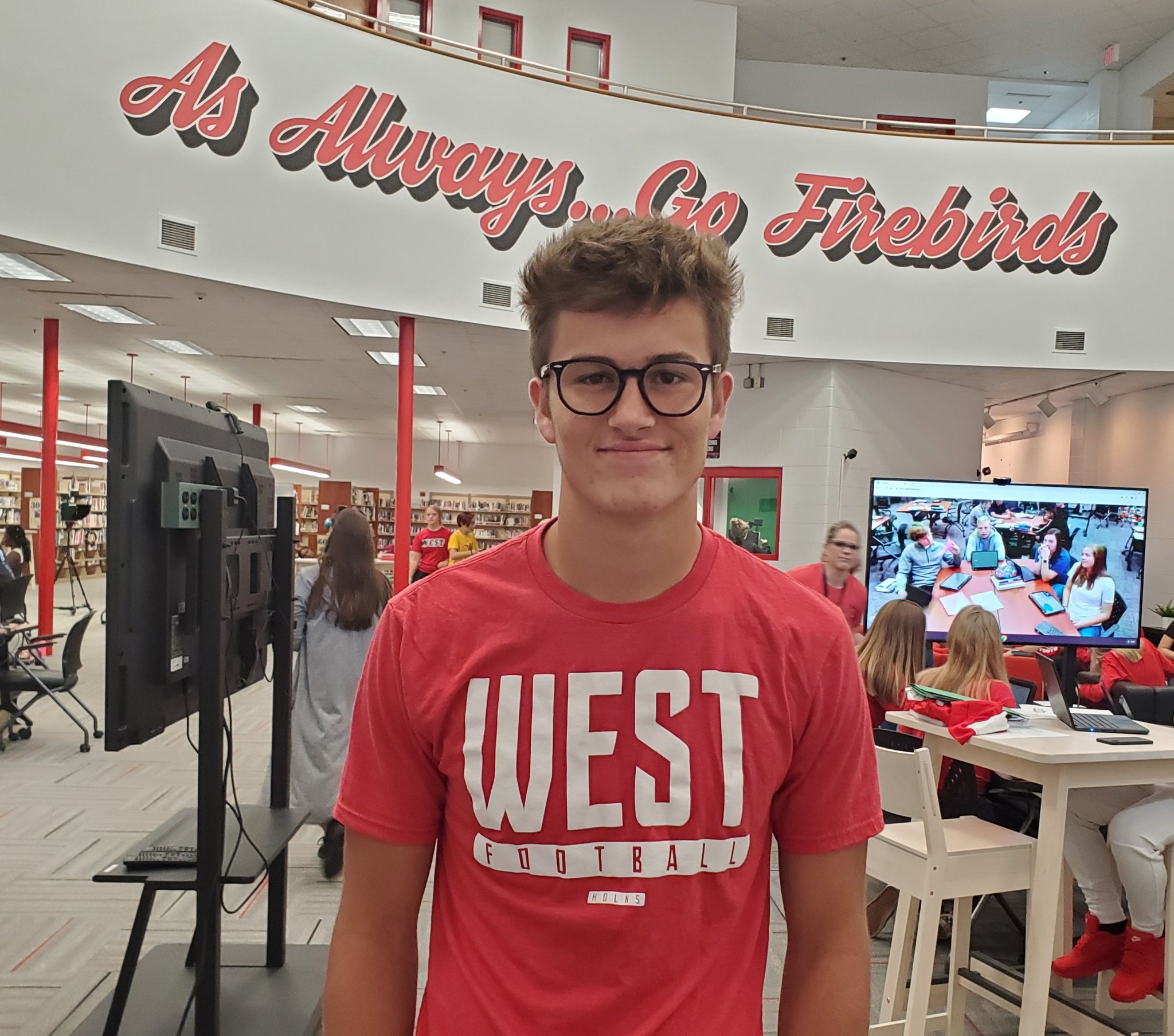 Lakota West Senior Aces ACT
Congratulations Truman!!! Getting it done in the Classroom and on the Field!!

More than 1.9 million students took the ACT last year and less than 1% received a perfect composite score of 36. Lakota West senior Truman Mason is one of them. pic.twitter.com/4SzuFsmdWi

*We also had a chance to ask (Defensive Coordinator) Carlton Gray what about Truman Mason has impressed him the most while coaching him on the football field?
Carlton Gray:
The most impressive thing about Truman is that he has been the one kid in all the years of coaching that truly knows what every call means and what every player on the field should be doing. Jordan Hicks had so much natural ability and an understanding of his position and the game and obviously is the best football player that I have personally coached. Truman is the smartest kid that I have ever coached on the field. He has picked up so many of the little nuances of the game that I love trying to teach the kids in terms of disguising, why I make certain calls, and the best way to execute the calls. Many times the phrase “coach on the field” is thrown around but Truman is definitely that with me. His contributions are so much bigger than the plays that everyone sees him make. He gets so many people set up correctly, he anticipates motions and movements and the change in our defense that corresponds with those possibilities. He is truly the quarterback of our defense and stands out for his communication and knowledge on a defense that is by far and away the smartest group of kids that I have had the pleasure to coach.

Top to bottom the kids that we have representing our school on the defensive side are high character kids and students. They all look up to Truman in regards to his preparation, knowledge, and attention to detail and I believe it has raised the bar for all of them to follow suit. He takes pride in learning. These kids are fun to coach not because of their physical gifts – we may have had people at certain positions with more individual talent – but this group has taken such pride in trying to really learn how to play defense that it has truly energized me and made this year probably the most fun I’ve had as a coach in this sport. To really be able to teach kids is something all coaches want to do and I feel like I have been able to do that. Truman spearheads that.

Truman took some time to answer some questions that we had for him.  Below are some great words of advice for all students!
How long did you study for the ACT?
About a month for this latest one.

How many times did you take the ACT?
Twice.

What/Who at Lakota West has prepared you for the ACT and your educational success?
Mr. Drumm was one of my favorite teachers I’ve had in high school; He taught me and my classmates that we should learn because it is valuable to know things, and stressed that there was a bigger picture than the test coming up. However, I think all of my teachers have contributed in some way to prepare me for success in the future.

What would you like to study in college?
Business

Where will you most likely pick for college (In/Out/Ivey League) and why?
I will most likely go to an out-of-state school just because my top schools aren’t in Ohio.

List the top colleges you have considered? Which college will you attend?
1. Purdue University
2.Vanderbilt
3. University of Virginia

What extracurricular are you apart of at Lakota West and outside of school?
Lakota West football strong safety & team captain

What advice do you have for other students trying to set high goals in High School?
Don’t follow the group. People tend to do whatever is easy, not whatever is right. The best way to make a difference is by going against the grain.

What will you take from Football into the next phase of your life?
I think the competitive mentality that I developed playing football and the ability to play in the chaos will help me be successful and deal with unexpected adversity.

Keep up the Hard Work and Congrats Truman! #WestPride