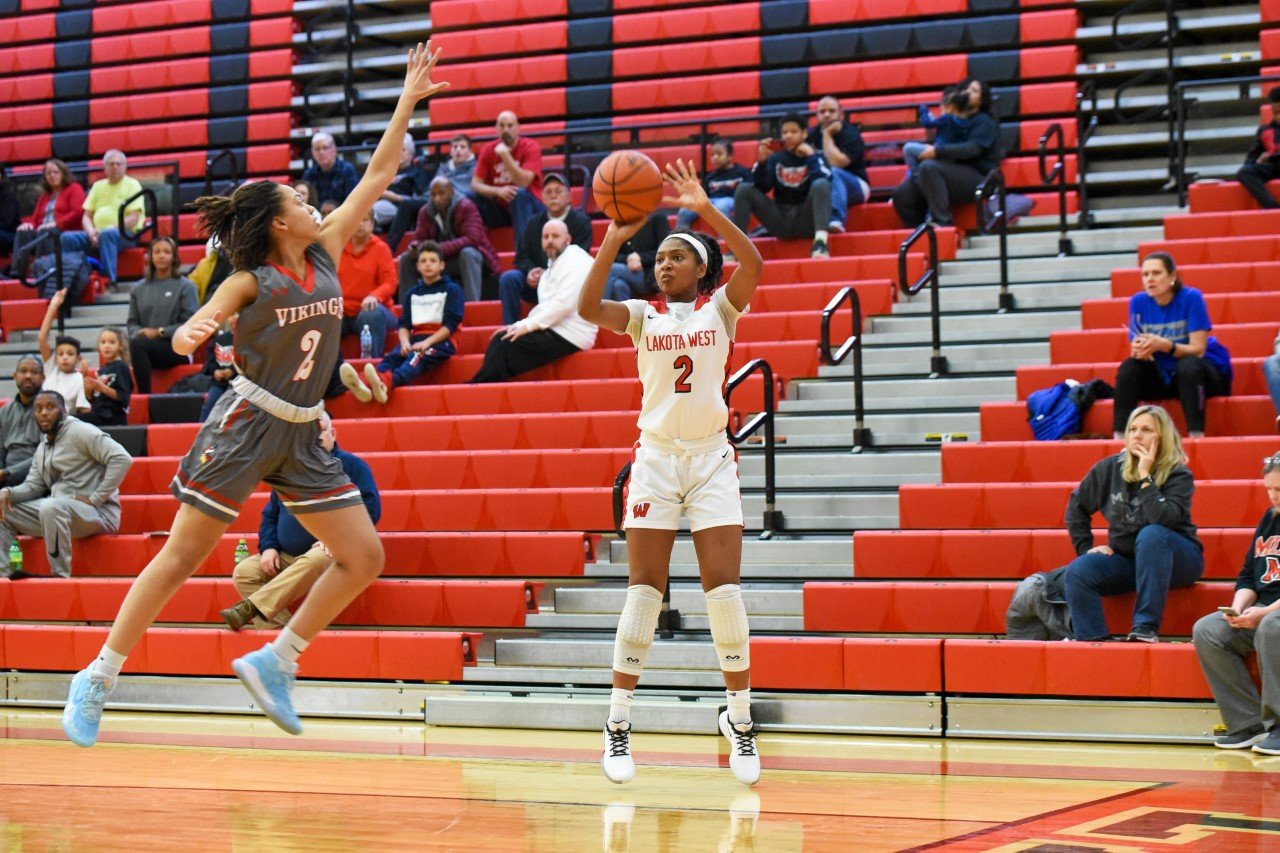 Bob Ashby Highlight’s Summary:
West starts the season where they left off last year, at the top of the GMC.  However, it was not without a struggle. The Firebirds led by 14 going into the final quarter but the Vikings pulled to within a single possesion (3 points ) with under a minute to play.  Chance Gray led all scorers with 22 points, was co-assist leader with 4, and played a full 32 minutes.  Kailyn Dudukovich contributed 13 points, and also 4 assists while playing 31:45.  Neveah Dean scored 13 points and grabbed a team high 8 rebounds operating against Princeton’s 6′ 3″ post player, Kyla Oldacre.