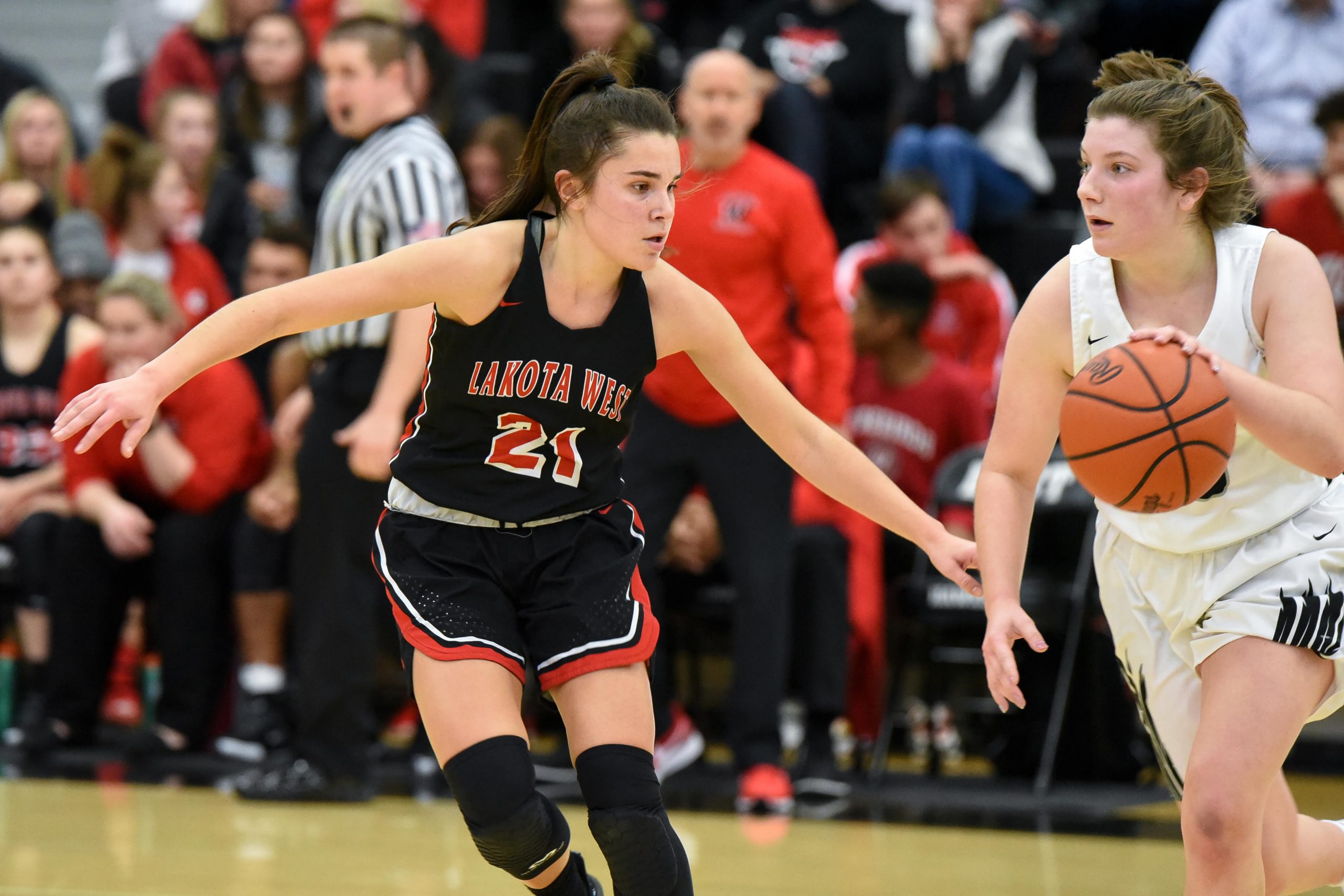 Pictures by Jenny Walters Photography
Shown in photo above– Leah Aribat (#21) came into the game early and scored her season high of 9 points.

Summary by Bob Ashby:
Lakota East scored the first five points of the game and led 5-0 early in the first quarter but in the next 3 minutes West went on a 14-0 run and were never seriously challenged after that. The Firebirds maximum lead was up to 21 points with two minutes remaining in the game. The West scoring big three of Neveah Dean, Chance Gray, and Kaitlyn Dudukovich had 13, 12, and 10 points respectfully. This was the 40th meeting between these two cross district rivals with West winning 36, including the last 16 consecutive.  The series resumes on February 8 at Lakota West’s Mainstreet Arena.