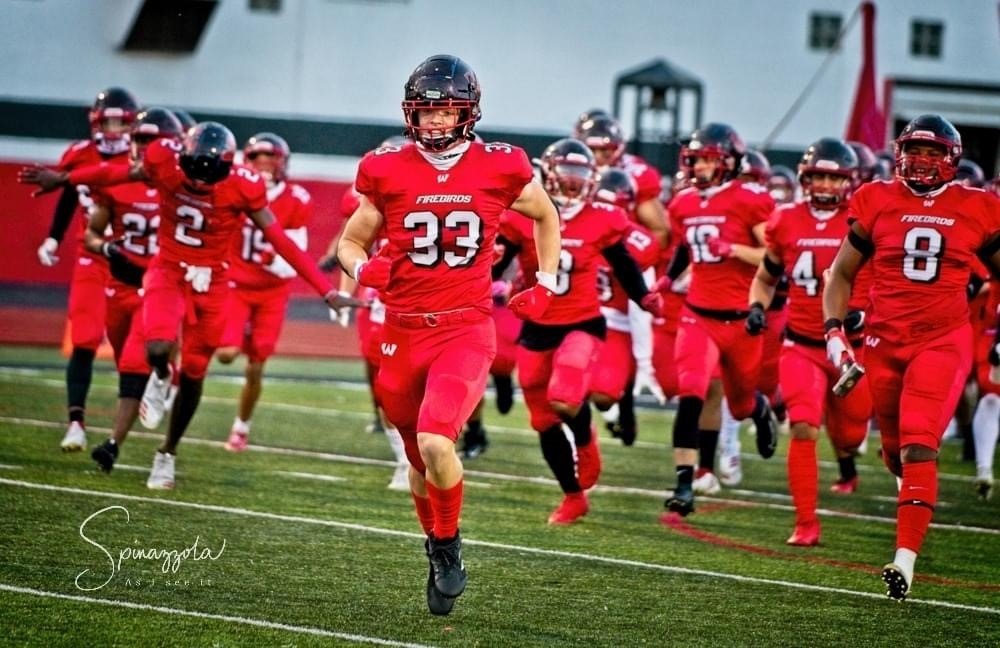 Summary:
The 5-0 Firebirds came in the game excited to get back into action after having a week off against Oak Hills cancelling due to Covid-19 the week before. The 4-1 Comets traveled to Lakota West expecting to give the Firebirds their first loss of the year and a share of the GMC title. Mitch Bolden ran a 2 yard touchdown putting West up 7-0 in the 1st Half. The Firebirds exploded in the 2nd half when Cameron Goode ran for a 1 yard touchdown giving West a 14pt lead in the 4th quarter. Cameron led the West offense with 137 total yards in the game. Silas Walters had an interception setting Mitch Bolden up for his 2nd touchdown run putting the Firebirds up 21-0. Mitch threw for 20 yards and ran for 81 yards. West defense led by Defensive Coordinator-Carlton Gray has given up only 20 points on the 2020 season. The West defense didn’t allow the Comets to score giving West their third defensive scoreless game of the season. Multiple players on defense set the tone against the Comets by dominating the game. Aiden Miller led the defense with 11 total tackles and 2 sacks. Lakota West football wins their first outright GMC conference title in school history.

(And @camgumbo is the truth)

Cameron Goode finishes off a tough running drive with the score, and @LakotaWestFB takes a 14-0 lead! @Skyline_Chili @mercy_health @meijer pic.twitter.com/nIgSaYp0F7